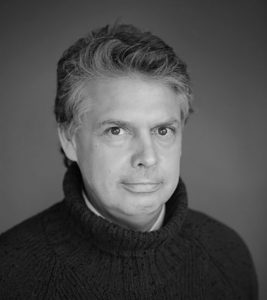 Christopher Mooney has a mortgage and three lovely children. And a wife. And a dog. He is from Canada. He has lived in Paris for longer than he can remember. He hasn’t shaved in almost a week. He writes principally for money but also for theatre and film. His plays, written in English or French, have been performed throughout his adopted and native lands. He finished two feature-length films in 2018 but they won’t make a penny. They’ll make it into festivals, which might be fun, sure. But fun is not what he needs. Fun is old. He is old. He's been a contributing editor at Art Review since, well, forever. He loves art. He hates art. He hates cyclists who ring their bells to warn pedestrians. He hates pedestrians who don’t get out of the way. He hates cars. He loathes mopeds, scooters, and motorbikes. He likes Shakespeare. He loves wine. He lacks cash. He lacks couth. He wanted to put a DONATE button on this site but wasn’t allowed. It’s crass, he was told. So what? he said. His knee hurts and his clothes are ratty. He hasn’t eaten in a three-star restaurant in years. None of his posh friends return his calls. He has no notches on his belt or axes to grind: he has never met a member of the royal family, he has never killed a bird. He has a hole in his shoe and a song in his heart. The song sucks. It goes like this: nah-nah-nah, nah-nah-nah. It’s really annoying. Nah-nah-nah, nah-nah-nah, over and over and over. Nah-nah-nah, nah-nah-nah. You can hardly hear yourself think. 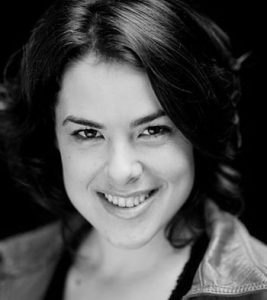 Emily grew up in California but has been living in Paris for a ridiculously long time. She originally came to the city of light to study at the Jacques Lecoq theatre school and then somehow forgot to go home. She figures it’s a pretty good time to be European. She has a Belgian husband, two tri-lingual kids and a guinea pig. They all live in a house just outside Paris, in Pantin, where they like to smugly buy organic veg at the market, sip on local micro-brewed beer, DIY their own cleaning products and generally gasp at their good fortune. Since finishing the Lecoq school, Emily has been directing, teaching and performing. She assistant-directed Peter Brook’s Magic Flute and has continued a relationship with the Théâtre des Bouffes du Nord where she’s been involved in several other productions including Marcel with Jos Houben and Marcello Magni and Repertoire with Jos Houben and Françoise Rivalland.

Jos Houben also happens to be the Belgian husband. In 2017/18 the two of them co-directed La Princesse Légère, a contemporary opera, for the Opéra de Lille and the Opéra Comique. They have many other projects in the works for the near and distant future.

Emily doesn’t sleep nearly enough and she rarely manages to fold her laundry before the pile becomes so high that it risks suffocating the entire family. She likes to cook and loves to eat. Though not chicken. Especially in cream sauce. She has no affiliation with the royal family or anyone named Margaret.