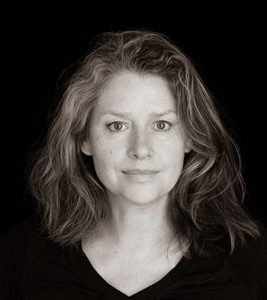 Isabelle Townsend was raised in rural France by a Belgian beauty and a British gentleman. Unlike her father, she has never met the Queen, but has a lot to thank her for. She landed on a cover of Elle with her own clothes but no feathers and make up.

She flew to NY, became a top chic'k model in the 80s and enjoyed working on big productions with Bruce Weber for Ralph Lauren as much as travelling barefoot in a mini van across Sri Lanka and Morocco with Sacha. Acting opened up a whole new world to her and after training she discovered the true meaning of "Everything is an inspiration." She quickly started working, landing her first role in Barton Fink directed by Joel and Ethan Coen.

Having chicks of her own, she felt compelled to give her work new meaning and purpose. She met director Irina Brook who allowed her to spread her wings. She has toured in theatres around Europe with Irina's company and performs her own shows in English in schools all around France.

She has some hippy 'chick' in her and a pinch of Carol the exhibitionist in Orpheus Descending, a teaspoon of Juliet's Romeo, and an ounce of  Bernard Shaw's Joan of Arc, but in her next life, she'd really like to be a cat on a hot tin roof. 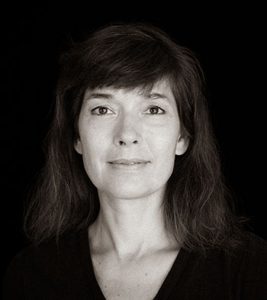 European at heart, Danish, living in Paris, previously in England, and with a very a strong connection to Italy.  Headless? Sometimes. Rootless? Never. Wherever there is room for a play, there is usually a kitchen...

The Danish Queen is called Margaret, unlike her uncle, who sculpted the Queen. Simone has never met her, but Denmark is a small country, so she will surely bump into her sooner or later.

Luckily her classical training at the Bristol Old Vic and a long tour of Fantastic Mr.Fox by Roald Dahl prepared her for a bit of the old je ne sais quoi, so she can comfortably work alongside real chickens and other animals if needs be.

Previous work includes: Verity in The Crow Road for the BBC (there are no actual crows in it); Susannah Boyd in A Many Splintered Thing (also for BBC); Gwendolyn in The Importance of Being Earnest for the Bristol Old Vic.

Having more or less retired from acting after playing too many out-of-focus characters in obscure plays with people not worth remembering, she counted her chickens and agreed to embark on Coronation Chicken, in which she plays an ageless punchy Margaret who repeatedly insists on remembering unimportant facts. Coronation Chicken has fulfilled her original acting dream: sharing an interesting story, making it entertaining, working with people she loves – and perhaps most importantly - making ‘em laugh!

She loves making sense, she loves nonsense, she hates no sense, and she loves common sense, which is so utterly uncommon. So come on, let’s make some sense! 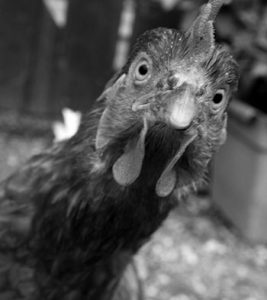 "It’s been great just playing ‘me’ for once. At times during rehearsals I felt quite exposed, almost naked but thanks to the director and cast who didn’t just treat me like a piece of me2meat nor once took advantage of the vulnerable situation I was put in I managed to maintain my dignity."